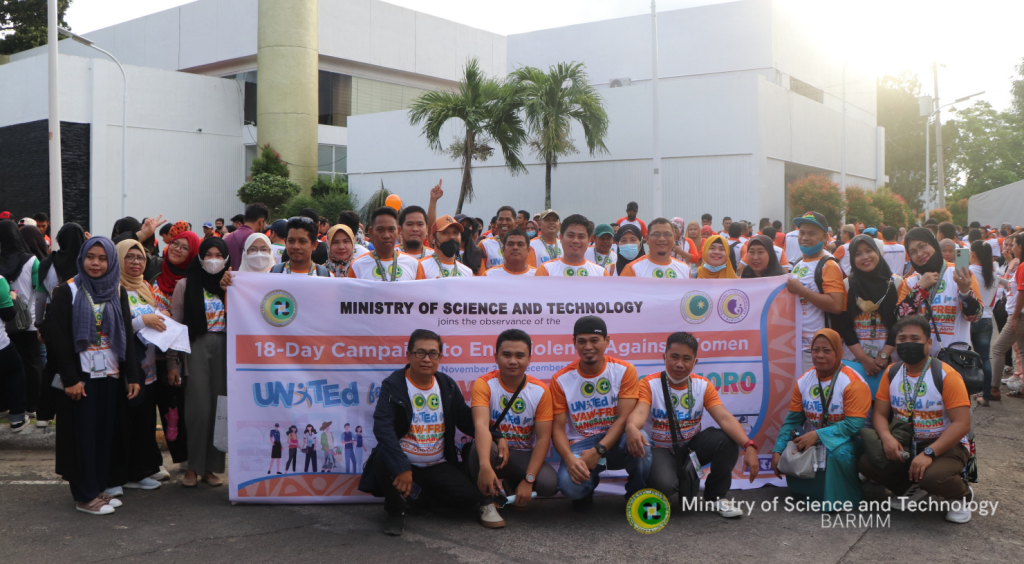 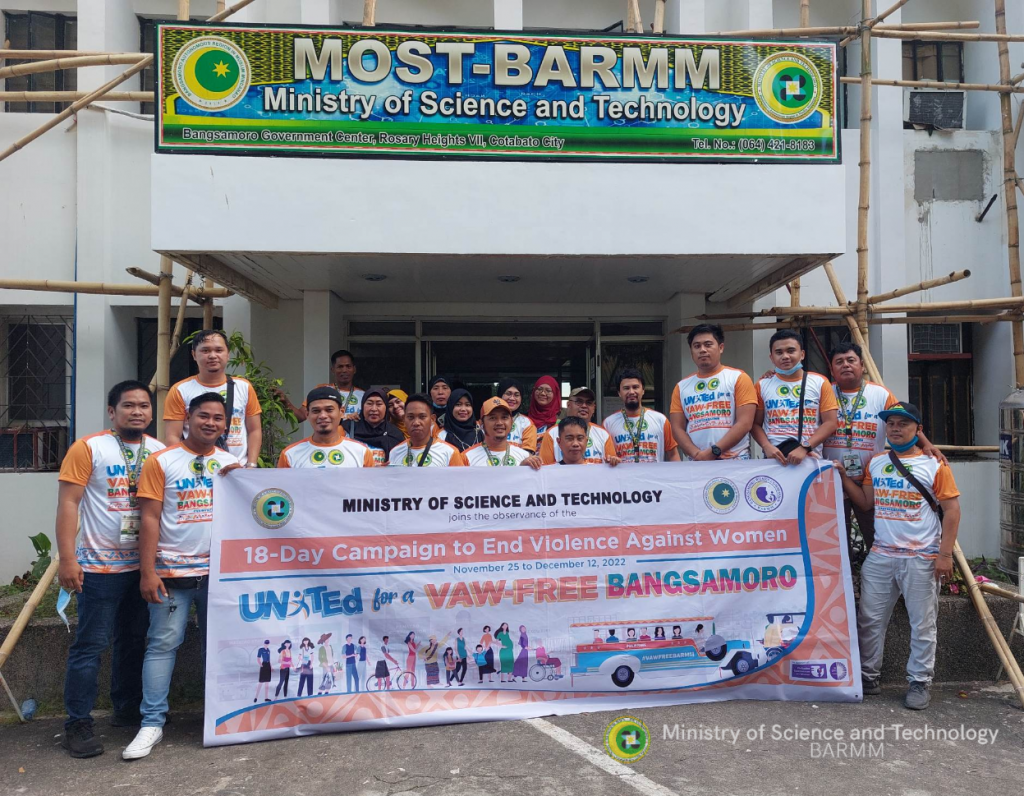 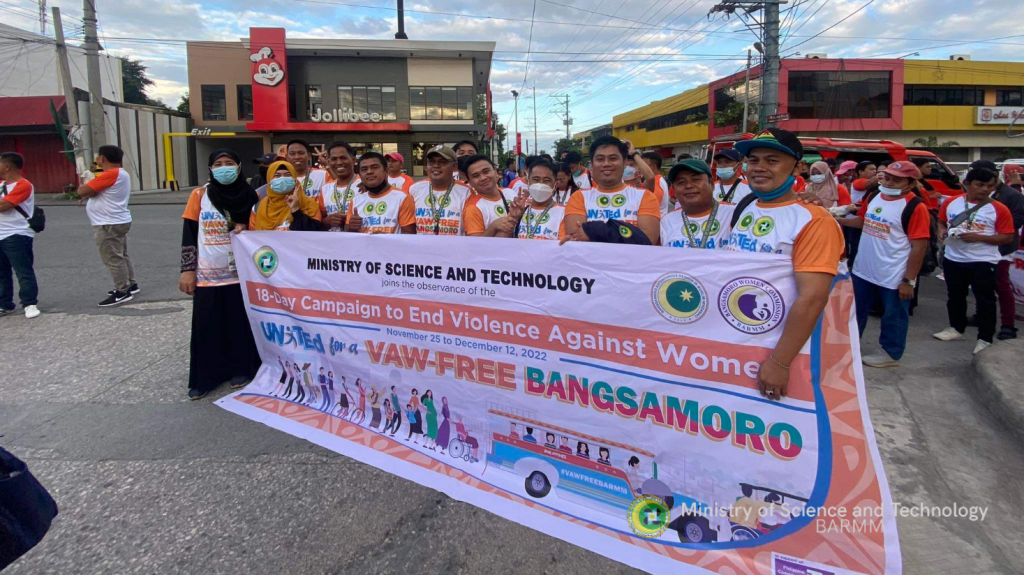 With a theme, “United for a VAW-Free Bangsamoro,” the Ministry of Science and Technology joins the observance of this year’s 18-Day Campaign to End Violence Against Women (VAW).

The said activity kicked off today, November 25, 2022, through a parade starting at Sardonyx Plaza to Bangsamoro Government Center and followed by a proper program at Shariff Kabunsuan Cultural Complex spearheaded by the Bangsamoro Women’s Commission.

In a statement, Minister Aida Silongan, MAPDS, urged everyone to raise awareness of the problem of violence against women and girls. She said that this campaign is vital as it would advocate women’s empowerment and gender equality.

“This campaign is vital to Bangsamoro women as it delivers support and commitment toward women’s empowerment, betterment, and gender equality.” Minister Silongan said.

“We urged everyone to raise awareness of the problem of violence and the elimination of all forms of violence against women and girls.” She added.

Violence against women (VAW) and girls is a significant public health problem and a grave violation of human rights. It manifests gender inequity, targeting women and girls because of their subordinate societal status.

The 18-Day Campaign to End VAW supports the Philippine government’s goal of protecting the human rights of women and girls by upholding its commitment to address all forms of gender-based violence as enshrined in the 1987 Constitution.

Under Republic Act 10398, or the Act declaring November 25 of every year as the National Consciousness Day for the Elimination of VAWC, government agencies are mandated to raise awareness on the problem of violence and the elimination of all forms of violence against women and girls.

The celebration will begin on November 25 and culminate on December 12, 2022.