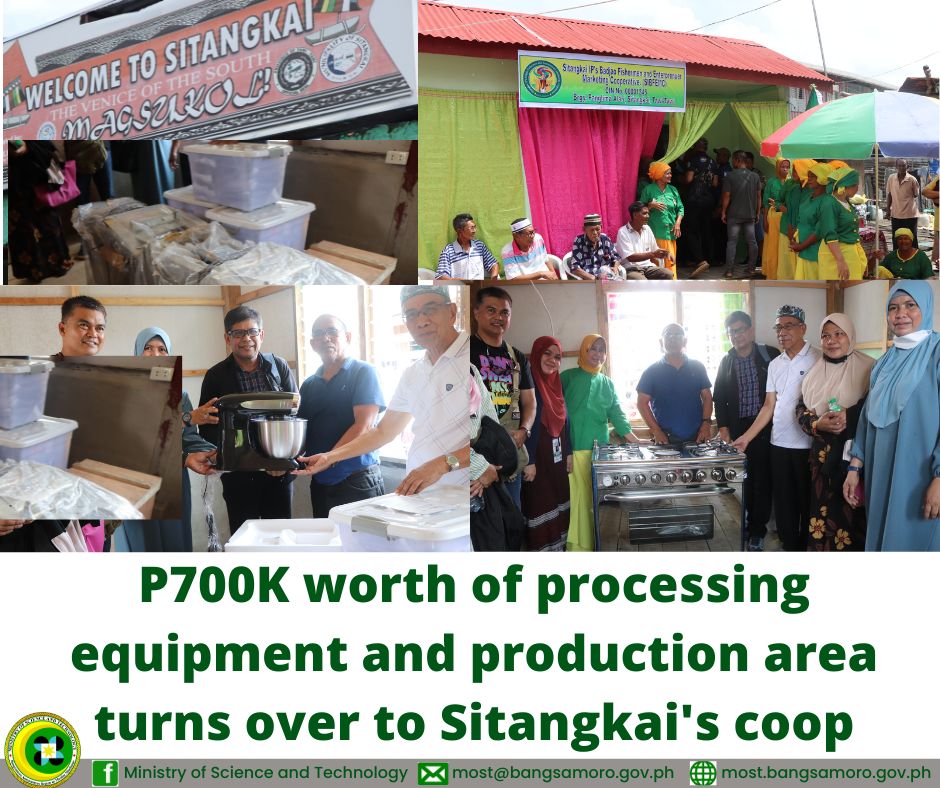 LOOK: At the southernmost part of the Philippines, SITANGKAI ” Venice of the South”, Tawi-Tawi, BARMM

On September 10, 2022, the Bangsamoro Government’s Ministry of Science and Technology went to Brgy. Panglima Alari, Sitangkai, to conduct the turnover of the renovated production site and processing equipment worth P700,000.00 to Sitangkai IP’s Badjao Fishermen and Entrepreneur Marketing Cooperative (SIBFEMC).

The SIBFEMC was engaged in seaweed chip making.

Coop’s President Hadji Haibatun said that it is their first time to receive assistance or support from the Bangsamoro Government.

They were thankful for the production area’s renovation and processing equipment.

The said coop will also benefit from technology training and processing equipment demonstration next week.

MOST ensured that technology, commercialization, and interventions would be provided to cooperatives or micro, small, and medium enterprises to assist them in their livelihood and gradually uplift their lives.