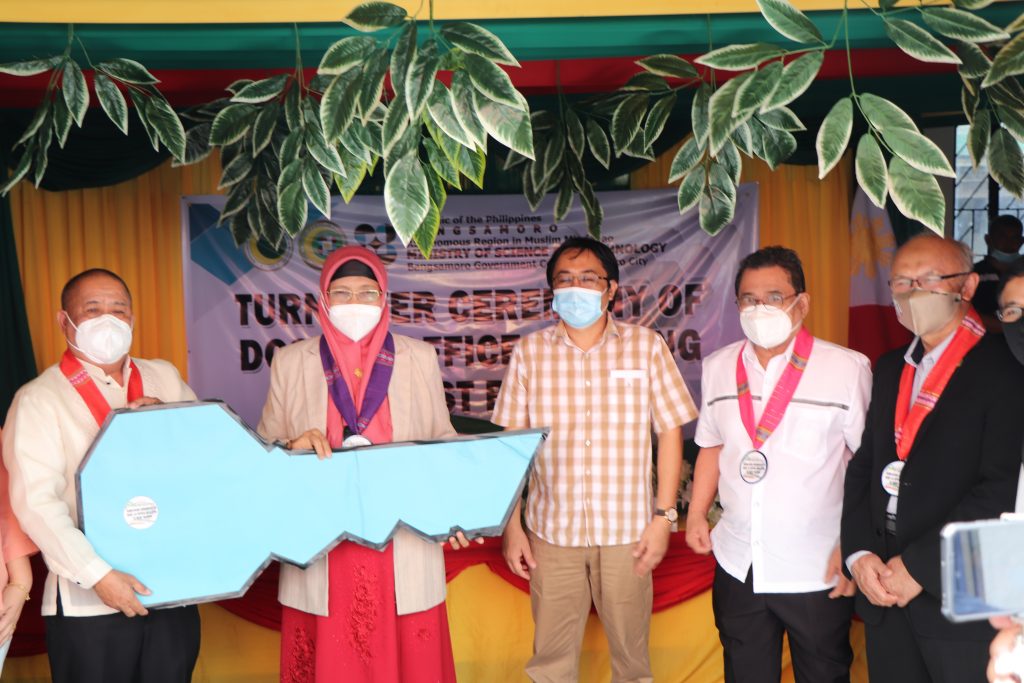 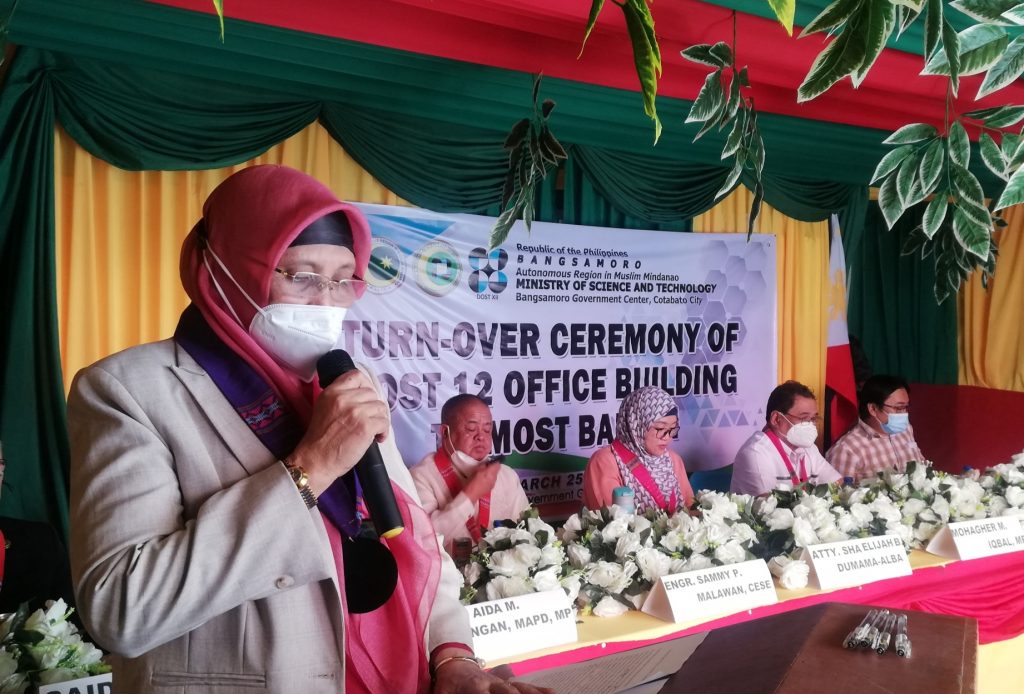 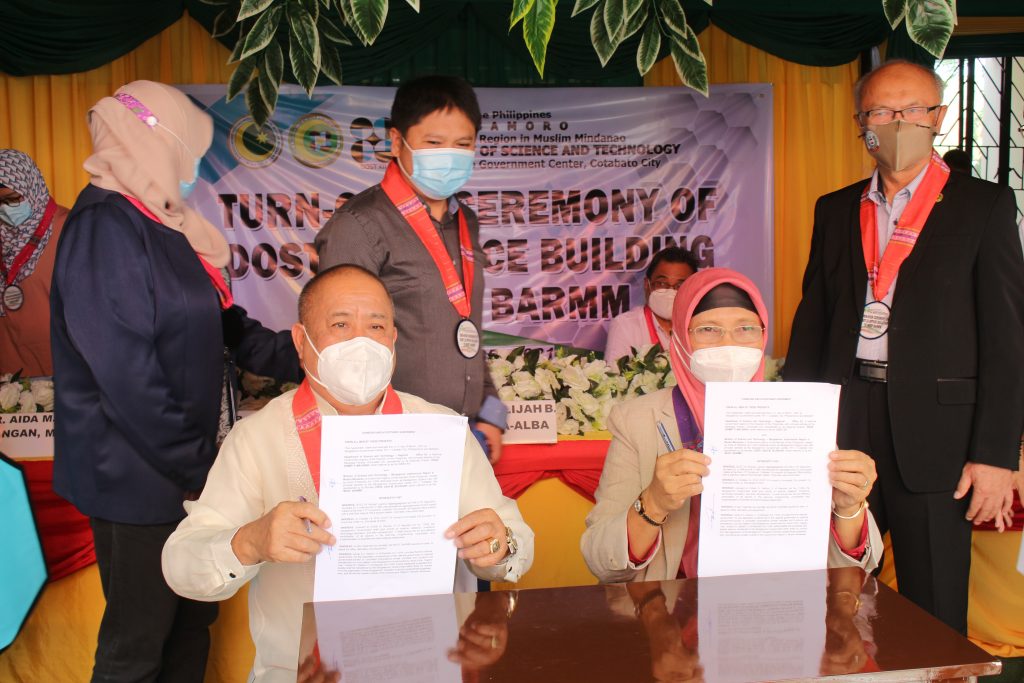 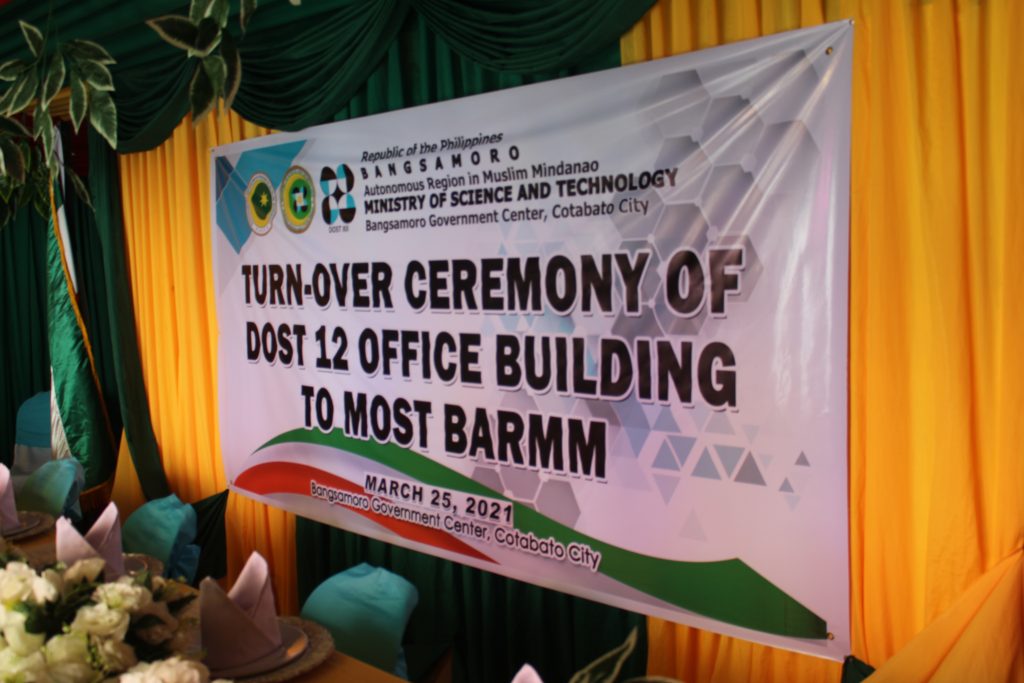 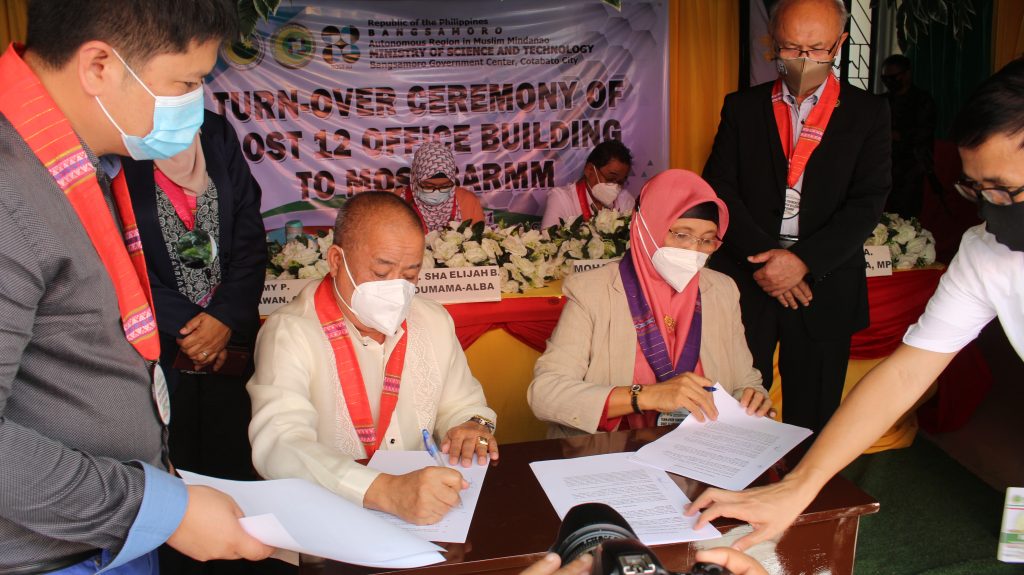 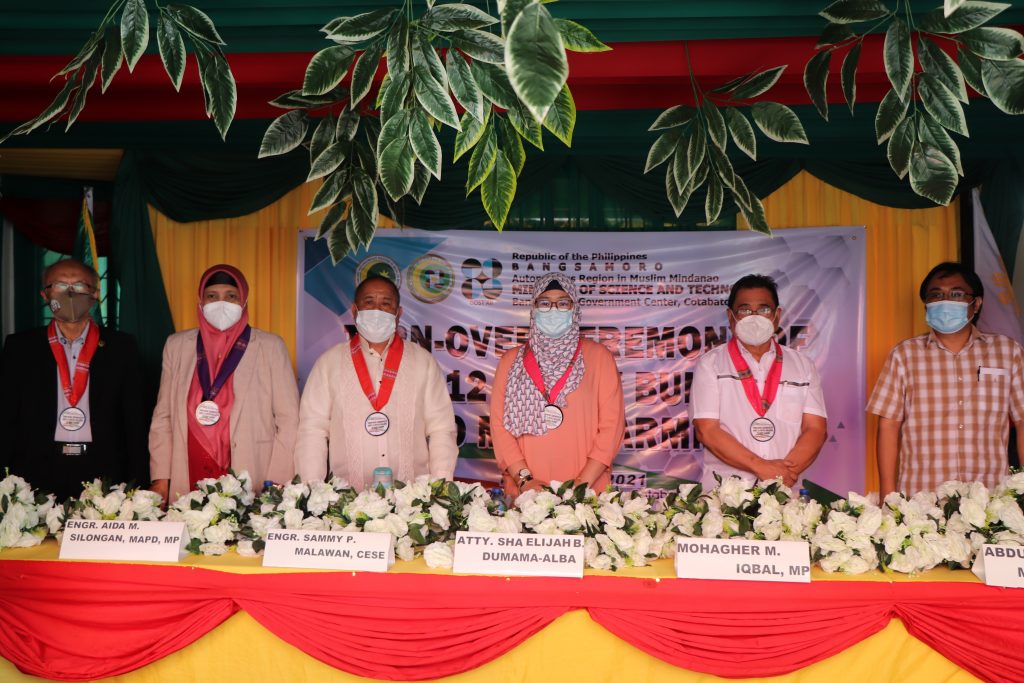 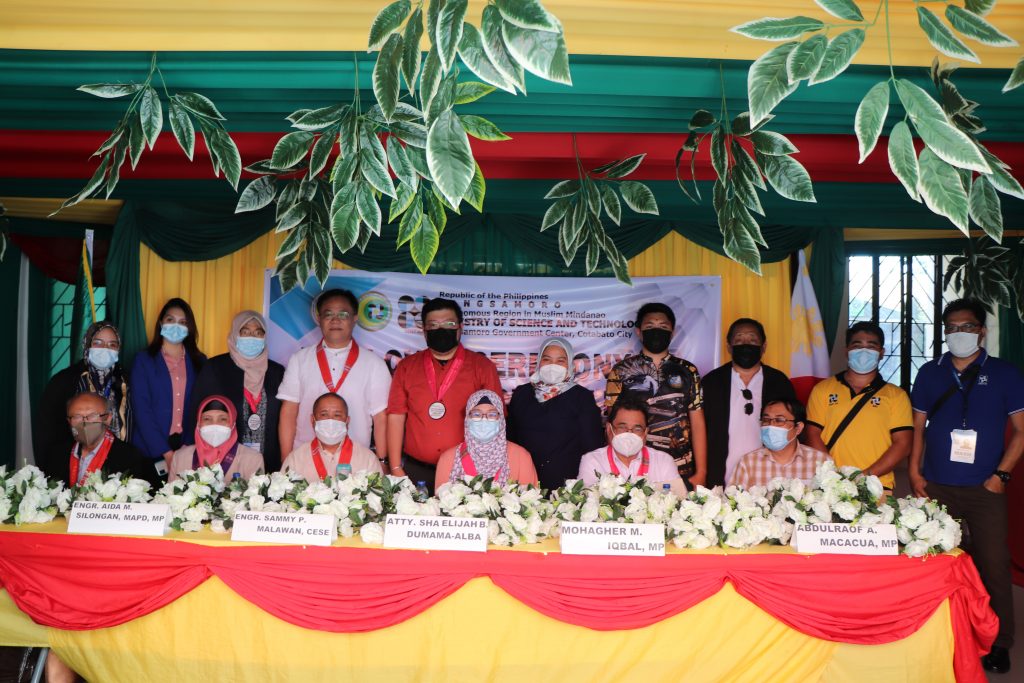 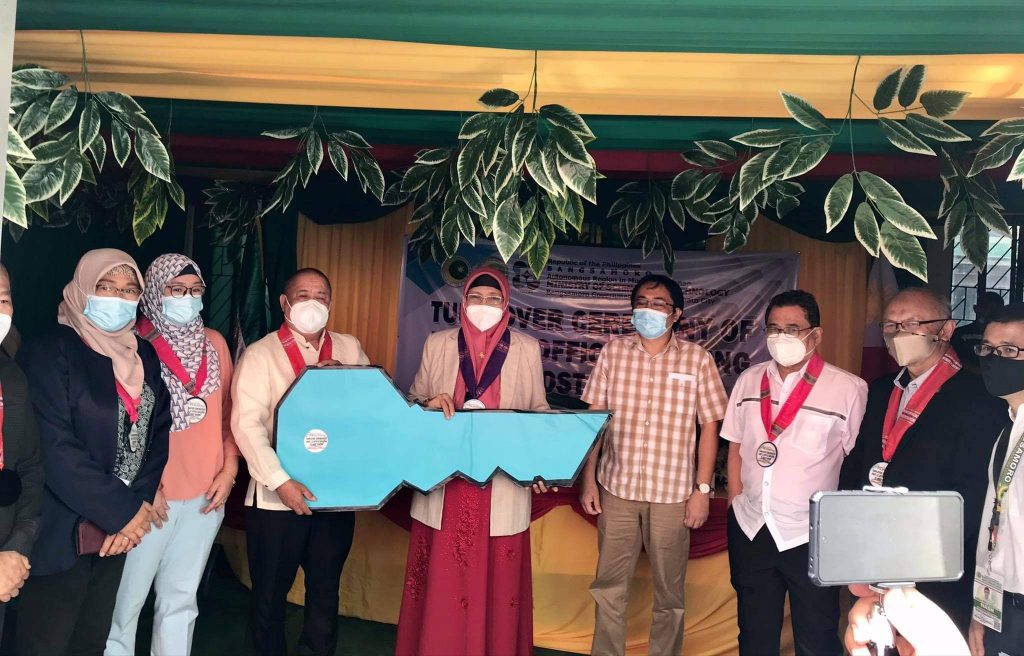 COTABATO CITY – The former office building of the Department of Science and Technology – XII inside the Bangsamoro Government Center turned-over and transferred ownership to the Ministry of Science and Technology – BARMM. The turn-over ceremony is slated at DOST-XII’s Former Office Building, BGC.
Regional Director Sammy P. Malawan, Minister Aida Silongan, Deputy Minister Said Shiek, and MBHTE Minister Mohagher Iqbal witnessed and attended the turn-over and acceptance ceremony. Also, Bangsamoro Attorney-General Sha Elijah Dumama-Alba, Assistant Executive Secretary Abdullah Cusain, and employees from the two offices were present.
Minister Silongan and Regional Director Malawan signed an agreement for the DOST-XII Office Building’s ownership transfer to MOST-BARMM.
“Let me express our acceptance of the turn-over of DOST-XII lot and office building. From now on, these premises shall be called MOST-BARMM Office.” Minister Silongan said in her acceptance message during the ceremony.
[TURN-OVER PROCESS STORY]
According to the provision of Republic Act 11054 or the Disposition of Personnel and Assets of National Government Offices and Agencies, Secretary Carlos Dominguez, Intergovernmental Relation Body (IGR) Co-Chair, wrote DOST Secretary Fortunato De La Peña last September 25, 2020. Sec. Dominguez requested to provide comments and recommendations on which DOST can comply with the said provision on DOST-XII building transferring to MOST-BARMM.
Sec. De La Peña replied to Sec. Dominguez stated that the DOST should comply with the mandate of the law and shall vacate the premises at any time but request that the latter be allowed to keep and operate the Metrology Laboratory. The MetroLab remains due to the difficulty of transporting the Laboratory’s fixtures installed permanently in the office without damaging most laboratory equipment.
Minister Silongan replied to Secretary De La Pena, indicating the agreement for DOST XII to keep and operate the Metrology Laboratory with the request to allow MOST the Laboratory’s use to provide metrology services to the constituents BARMM.
Secretary De La Peña replied that he has assented to share the Laboratory so that requests from customers of both DOST XII and MOST-BARMM can be catered, and maintain such arrangement until DOST XII can establish another metrology laboratory. Further, he expressed commitment to training MOST employees in the operation of the said Laboratory.
Last December 7, 2020, in a meeting held at MOST BARMM, the DOST XII, through its Regional Director Malawan and Chief Administrative Officer, willingly and voluntarily intended to turn over the above stated DOST XII office building to MOST BARMM, which the latter intended to accept.
DOST-XII has moved to Koronadal City, South Cotabato, under Executive Order No. 304 Series of 2004 last 2019.
AOM-IO